Public sector aims to save £5bn by going digital in 2015

The public sector is aiming to save more than £5bn collectively in 2015 by shifting transactions to lower-cost online channels including web, mobile and social media. 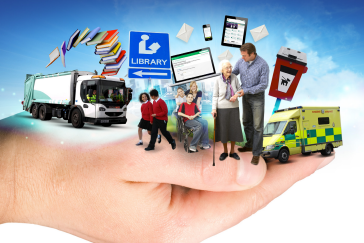 A leading survey of 442 senior-level executives from across the public sector reveals that on average, organisations expect their Channel Shift strategy to yield approximately £1.75m in savings - up from an average of £685k in the same survey conducted in 2013 (a 250% increase).

, by GOSS Interactive is the largest annual survey to examine the Channel Shift activities of UK public sector organisations. The 2015 survey highlights some significant changes from the last survey, including the rapidly increasing adoption of Business Process Mapping and the increased importance of mobile as a service delivery channel in driving Channel Shift initiatives.

This survey uncovers a lot of new information about how the public sector is continuing to approach Channel Shift. It is promising to see that so many are looking to absorb further budget cuts by improving service delivery and accelerating their Channel Shift projects over the next 12 months.

A growing focus on process efficiencies and mobile optimisation demonstrates that organisations are now beginning to rethink and redesign their operations to realise greater cost savings and truly deliver a superior customer experience.

We're also seeing organisations take a far more top-down, strategic approach to Channel Shift, recognising it as the only way to make the huge efficiency savings that will allow them to continue to deliver the levels of service their customers need and expect.

Key trends identified for Channel Shift in the public sector for 2015 include:

Public Sector organisations have made clear progress in turning the challenge of 'Digital by Default' into a strategic imperative for reduced costs and delivering better customer engagement. 58% said their organisation has adopted a Channel Shift strategy compared with 39% in the same survey run previously.

This year's survey reveals the average anticipated cost saving for 2015 has risen by 250% to £1.75m per organisation - the result of a more strategic approach to Channel Shift by the public sector. In the last survey, respondents expected their Channel Shift strategy to yield on average £685k of cost savings.

Many organisations have now exhausted the traditional sources of cost savings such as cuts to services and staff members and so require radical changes to processes to counter further budget reductions.

As a result, this year's survey shows a rapidly increasing adoption of Business Process Mapping (BPM) with organisations starting to take a necessary step-change by re-engineering processes for the digital world. 89% of respondents said they are already engaged with BPM or plan to implement it in the next 12 months. After fully integrating front-end to back-end systems, BPM was seen as the second highest driver to accelerating Channel Shift in 2015.

Mobile is seen as the biggest cost saving opportunity with 42% of respondents thinking mobile channels will deliver the biggest savings in 2015 (up from 32% last year). We have seen a steady rise in mobile access to public sector websites from 25% three years ago to an average 46% in 2014 (based on Socitm figures) and we expect mobile to exceed 50% of public sector website access during 2015.

In addition, the survey shows a new focus on delivering mobile services, not only to reduce costs, but also to keep pace with the rapid rise of the mobile web and increasing customer demands for 24/7 self-service.

Public sector organisations no longer see Channel Shift purely as a cost-cutting opportunity, but also as a means to improve customer engagement.

What's encouraging to see is that organisations are no longer just moving existing processes online. They're actually re-inventing them from scratch for digital - and increasingly mobile - delivery. There's a real sense of excitement at the opportunities presented by a world in which 46% of traffic to public sector websites now comes from mobile devices. With that figure almost certainly due to top 50% during 2015, there's never been a better time to re-invent public sector delivery for a mobile-first age to increase savings and digital inclusion.

At GOSS, we've seen a massive surge of energy first-hand as Channel Shift champions from across the UK have signed up to share their advice, experiences, concerns and best practice processes in our - and we continue to welcome new members from across the public sector.