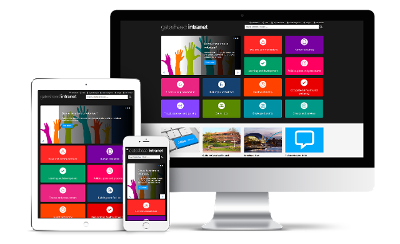 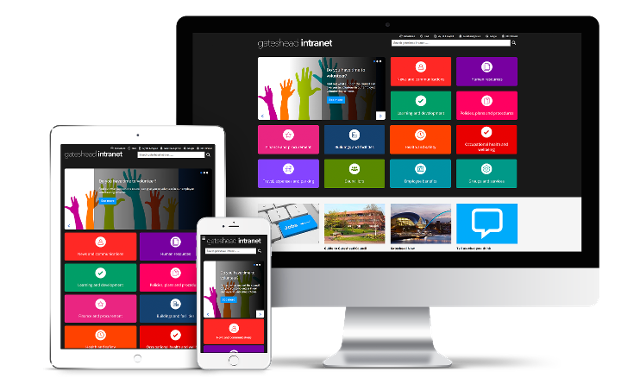 With approximately 4,500 employees, Gateshead Council needed to improve their previous intranet in order to bring about improved workplace efficiencies. Too much time in the workplace was spent trying to navigate to content on an intranet that was over 15 years old and lacked considerable content management structure and abilities. In addition, the previous intranet also lacked important abilities such as a search function and a much-needed self-service function for such features as booking meeting rooms and requesting in-house printing. In an employee feedback survey conducted by Gateshead Council, 68% of employee respondents rated their previous intranet as either poor or very poor. There were some glaringly obvious issues surrounding Gateshead's previous intranet that needed addressing to help bring better communication, and improve workplace efficiencies.

Gateshead set about developing objectives they wanted a new intranet to achieve. The objectives for the new intranet had to do a number of things in order to bring about better communication and workplace efficiencies, they were:

In order to resolve the problems surrounding the intranet at Gateshead, GOSS were appointed to develop a new intranet for the council's employees. The solution therefore had to do a number of things to meet the objectives set by Gateshead. GOSS helped Gateshead meet these objectives by delivering an intranet that included the following:

The new intranet took 6 months to develop, with rapid roll out achieved through developing the intranet on a GOSS theme. Working side-by-side with Gateshead at all stages, the end result was an intranet that ultimately gave the end-user the very best experience possible.

The new intranet launched in May 2017, and has been well received by the majority of employees. The intranet has helped bring increased workplace productivity, with the majority of users commenting on how much easier navigation is in comparison to their previous intranet. Users have also experienced a far better search facility within the new intranet, and users have commented on how well designed the site is. Users are now spending on average 6 minutes per session on the new intranet.

In a recent employee survey conducted after the implementation of the intranet, it was found that 94% of respondents rated the new intranet as either good or very good. Compared to the results from the employee survey of the previous intranet - there has been an impressive 1075% increase in those employees satisfied with the intranet at Gateshead Council.