​Plymouth-based GOSS Interactive is leading the drive to develop digital skills for the South West for young people. 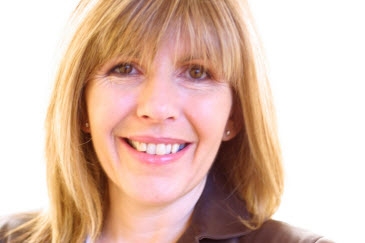 Compiled by TV celebrity Maggie Philbin at the request of Labour Leader, Ed Miliband, the Digital Skills For Tomorrow's World report draws on evidence and insights from experts at GOSS and other South West businesses and education providers into how young digital talent can be used to help regional companies compete in the global marketplace.

GOSS hosted the South West regional meeting of the UK Digital Skills Taskforce in April in its conference rooms overlooking Dartmoor, which formed the basis for the report. Over 30 selected guests from digital businesses and educational organisations including Plymouth City Council, British Telecom, Plymouth University, Michelmore's Solicitors and Cosmic Ethical IT attended the event to share ideas and experiences. 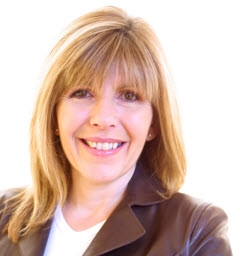 "Digital skills are key to the future UK economy, key to future careers for the next generation and often even more important in rural communities such as the South West. I am confident that the next government will put Digital Skills training and promotion at the heart of its agenda."

GOSS Interactive regularly hosts students on placements through its strong links with Plymouth University to develop skills and give youngsters a taste of the digital workplace. One current employee, Nathan Davies, had a placement with GOSS while studying for a web applications degree at Plymouth University. He told the Plymouth regional meeting that the Placement had really played to his advantage for his final year at university and also helped him secure a job with the company after graduation.

"The great thing about digital skills is the fact that you can compete in a global market from the South West.

"As a rapidly expanding Plymouth business, we are sometimes forced to look outside the region to find candidates with excellent digital skills. Improving education in the long run will be fundamental and we hope this report will kickstart a new focus on the importance of digital and help to drive the development of digital skills in young jobseekers across the South West.

"It was a privelege to play a central role in the creation of the UK Digital Skills report, working together with a passionate group of local and national organisations."

The publication comes a day after Plymouth City Council Leader, Tudor Evans, visited the firm's offices to meet its employees and discuss how the Council can support the continued growth of companies like GOSS.

Created over a seven month period in consultation with some of the UK's leading technology organisations, the Digital Skills For Tomorrow's World report highlights practical solutions to enable UK businesses to meet the persistent skills gaps by identifying, developing and using home-grown talent. Findings will now be used as a basis to inform policies for all parties in the lead up to the 2015 General Election.

Thoughts from those who attended the UK Digital Skills Taskforce South West regional meeting at GOSS in April included:

Isabella Flack, student at Devonport High School for Boys who undertook a placement with GOSS said:

"I initially went to an all-girls school but I ended up moving to an all-boys school so I could get more digital skills.

Nathan Davies, a student at Plymouth University at the time of the event who undertoook a placement with GOSS and has now returned as an employee said:

"GOSS were excellent in covering a whole range of criteria that I needed to meet and this really played to my advantage for my final year at university.

"It's a great opportunity to have come here [GOSS] to do the placement and come back. I think it shows GOSS have given an interest in me, they see my full potential."

"I mentored at one of the schools in North Devon and frankly, work experience is 'which restaurant are you going to waiter or waitress at?'. We need a greater encouragement for a wider range of businesses to really engage with the whole work experience scheme because at the moment, I don't think it's working."

Andy Phippen, Professor of Social Responsibility in IT at Plymouth University, said:

"I spend a lot of time talking to young people and the gap between what IT is and what they think a career in IT might be is massive and there's a challenge there for industry to articulate that.

"Businesses really need digital skills, they're crying out for them. We're really proud of being based in the South West and we want to make sure that the South West is a great place going forward.

"There's a lot of talk about connectivity and the biggest issue for us is actually digital connectivity. We don't have super-fast broadband into all the remote towns and villages and this does need to be stepped up for the South West to really compete on a global level.

"One of the great benefits of working in the South West is being in a beautiful location - it's a great place to work and people really appreciate that. If we can give them high-quality, high-skilled jobs in this area then it should be a boom time for the South West."

Key findings from the report include: